The Inter-Club Print Championship is held usually each October. Federations each nominate two Clubs to take part alongside the Finalists from the previous year. The category is Open. Trophies and PAGB medals are awarded to the winning Clubs. Medals are also awarded to individual images.

TICKETS: Anyone may attend, and tickets may be purchased on-line HERE. Note that invited clubs must buy a ticket for their nominated representative, and tickets have not been reserved for this purpose.

RULES: The Rules are available HERE. The closing date for Federations to nominate their representative Clubs is around the end of August. Participating Clubs will be sent instructions to enter, timetables, venue details and ticket information, usually in early September.

A QUICK GUIDE TO ELIGIBILITY:
Entrant: The Club is responsible for ensuring the eligibility of Photographers and Images.
Photographers: A photographer may only be entered by one Club each year.
Images: An image may only be entered once (all Clubs and all years combined). An image in a Club’s bank, which is not used in any round, has not been entered and remains eligible in a future year. Guidance

ENTRIES: The initial round of entries are declared in advance. Other entries are chosen at the event from an unlimited bank. Participating Clubs make their entries HERE.

The Inter-Club Print Championship is sponsored by Permajet, and supported by Darwin Clayton. 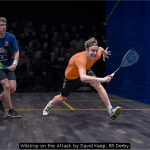 © PAGB
All images are copyright of their original authors